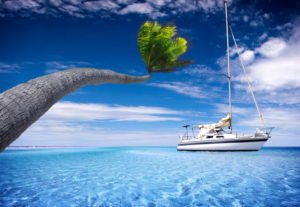 Many people feel that early retirement is beyond anything that they can achieve. How can they achieve the financial freedom to maintain a lifestyle if they retire? Saving enough money to live comfortably for several decades seems impossible and then making it last is just beyond belief.

So, these mysteries surrounding early retirement may in fact hold some legitimacy. There are many things that people don’t understand about early retirement until they get there. So, here are some facts that you may want to consider.

Early retirement is not for everyone

Quitting work early may not be a good move for people who enjoy the regular income provided by a regular job. Unless you are good at planning, have self-control and are financially savvy, you may not be willing to compromise “the money that you will leave on the table”.

However, if you can follow some simple steps during your working life, planning for early retirement will not be such a big issue.

Unless you maintain a focus on planning for retirement you may face some serious challenges; insufficient finances for a retirement lifestyle, health issues including mental and physical decline, social issues including boredom, loss of identity and a lack of purpose. If you are not willing to address these challenges, you may be better off maintaining your regular job!

Family and friends will probably be critical

Expect people to be critical of your life if you retire early. Family and friends will tell you that you are doing the wrong thing / you are going to fail and you will face constant criticism within your online social network, particularly if you are retiring at an early age.

This “tall poppy syndrome” is one of the more regretful aspects of western civilization. People who achieve notable wealth (eg. financial freedom) are resented, cut down and criticized because they are perceived to be superior to their peers. Accept that there will always be ‘haters’ and maintain your focus on early retirement. You will be much better off (literally!) ignoring those who criticize you.

Work will not end ……. but it may change

You will probably continue to work in retirement. Although generating an income through investing your savings may be more than adequate for a cosy retirement lifestyle, many people want to keep working during retirement. The desire to remain active also motivates people to continue to work.

However, chances are good that the type of work will change. Many early retirees (and older retirees for that matter) launch new business paths that differ from what they had done previously. Establishing businesses, both online and offline, can generate substantial cash flows through strategic investments and lucrative passive income opportunities.

By supplementing the income from savings already accrued, additional money becomes available to fund your retirement. This additional money could also be used to provide the basis for the transfer of intergenerational wealth to your heirs or to charity.

You may not need as much money as you think

Location before and after retirement is also important as it plays a role in taxes and several US states don’t have state income taxes. Through reduced taxes, moving to one of these states could also lower your cost of living.

Fancy retiring early in Mexico or Ecuador or Thailand? Living in these countries might mean that you need less than half the monthly cost of living that you would need to live in the US or Europe or Australia. The lifestyle may be even better than what you are currently accustomed to. Location also plays a role in taxes and several US states don’t have state income taxes. Moving to one of these states can also lower your cost of living.

Housing will always be your biggest expense but it can work for you if done intelligently. Most retirees plan to pay off their mortgage and then live a life of travel and other activities. But in early retirement, there may be opportunities to move or rent in a cheaper location and then utilize your home as an investment property, generating income and reducing your tax burden. Think outside the box!

If your cost of living is low and you have the means for growing investments and passive income streams, you may not need as much to retire early as you think.

When is the right time to retire?

In general, early retirees will tell you they waited too long to retire. Many believe, in hindsight, that they didn’t need to wait until they had accumulated sufficient money. Some believe that money shouldn’t even be a deciding factor as additional income can be generated during retirement to fund any gaps.

The funny thing is that you never seem to have enough money – even when you know you do. And if not, you can always earn some more during retirement if you need to!

So, there is no “right time” to retire. Just do it when you feel the time is right. Whether it is in your 30s or 40s or 50s, you will probably never really feel like you are ready. But as Nike says, just do it. You won’t know if it was the right time until you try.

The ability to retire early is in your hands. If you can be focused and save money during your working life, grow it through investment and passive income and then maintain a cost of living that can be funded through the interest earned from your investments, you will be able to retire early.

If you can then maintain an active lifestyle and do the things you enjoy and avoid the distractions of the ‘haters’, the positive aspects of early retirement will vastly outweigh the negatives discussed in this article.

Cheers to a fantastic early retirement.

Was this helpful? Share it with your friends. After all, they also deserve the fine things that life has to offer.